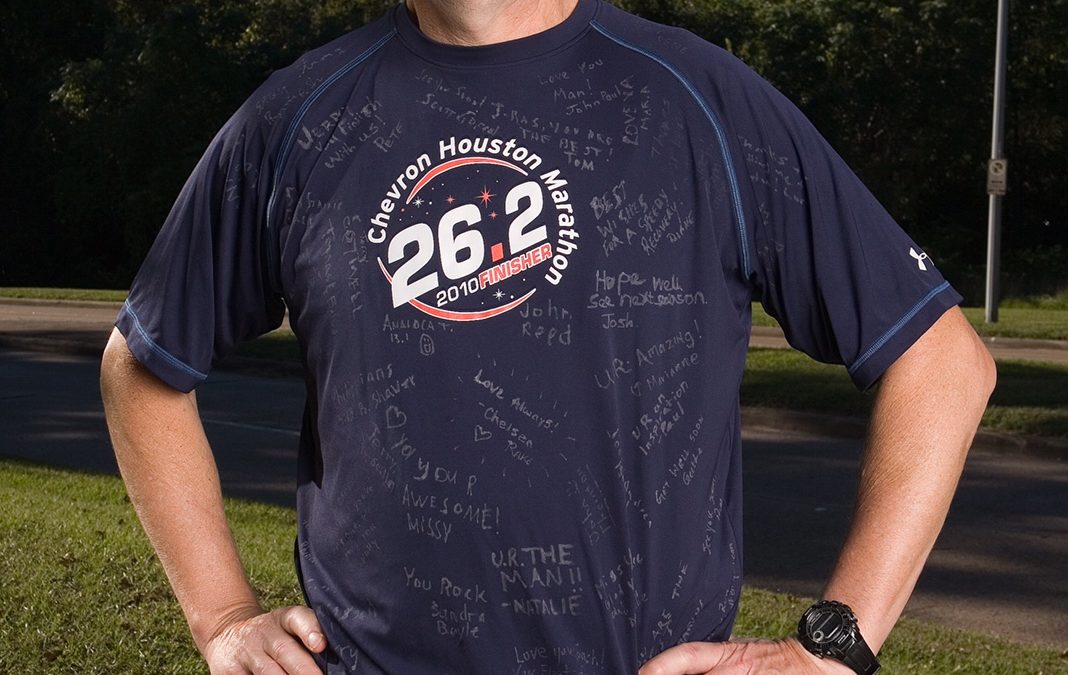 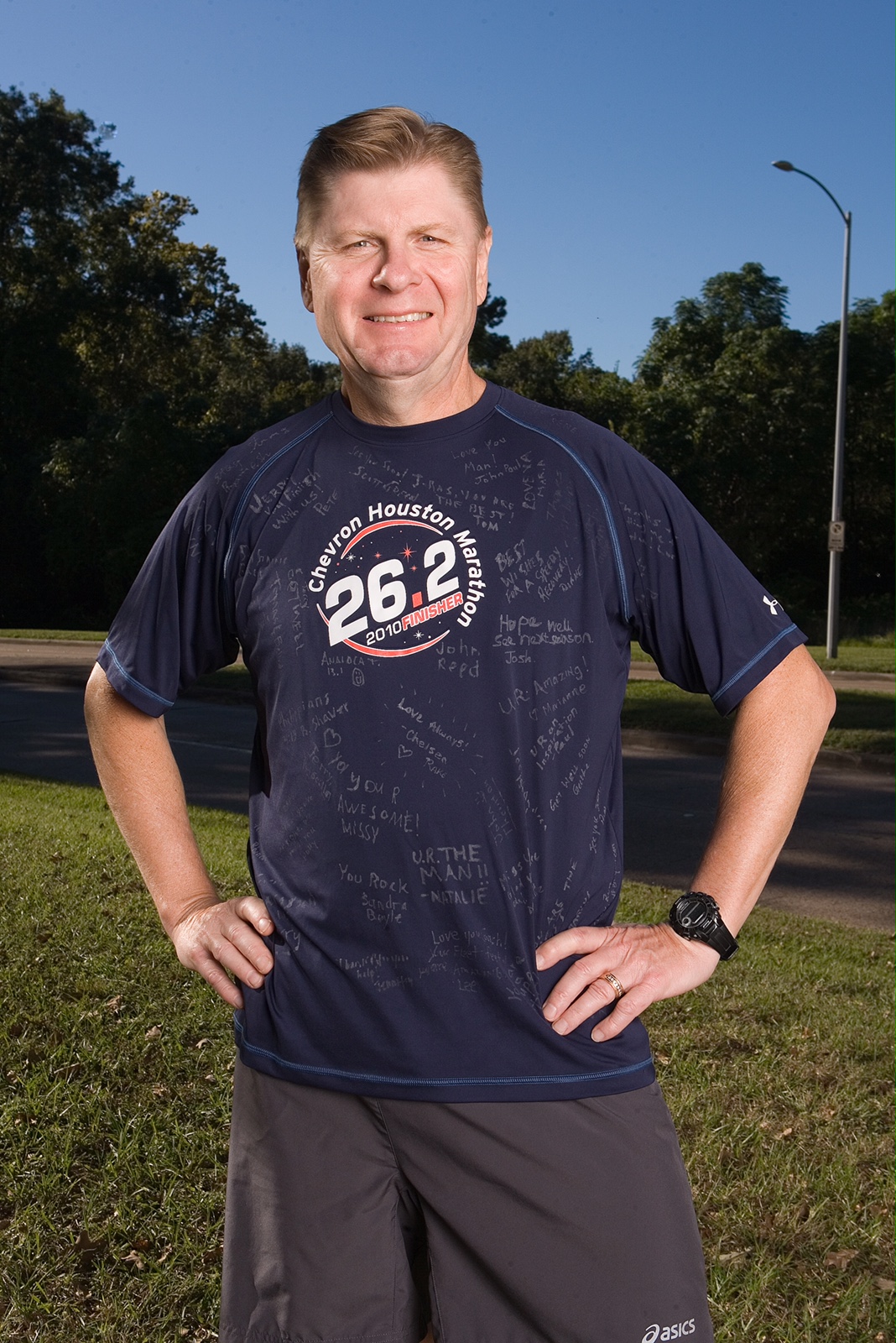 Jerry Rasmussen was running in his fifth marathon when his heart suddenly failed. Swift action by bystanders, first responders and a bike team carrying a defibrillator saved his life.

It was the 2010 Chevron Houston Marathon. Rasmussen, then 46, had been named Bay Area Fit Coach of the Year only two days before the event for helping runners prepare for it.

Victor Morales, who ran in Jerry’s group, recalled that Jerry, who had been talking, laughing and encouraging others, became a little quiet after mile 15 and said he was getting tired.

Just shy of the 20-mile marker, Jerry “dropped on his knees and he just falls down flat on his face on the concrete,’’ Victor told the Houston Chronicle. “I was stunned…Of all people, Jerry did everything by the book.’’

Two runners who were nurses started CPR. A medical team was on the scene within minutes. Marathon Medical Director John Cianca, M.D., told the Chronicle that a bike team equipped with automated external defibrillator (AEDs) probably saved Jerry’s life.
“We know the defibrillator was placed on him inside of 10 minutes,” he said. “If we didn’t have those AEDs, I don’t think the outcome would have been so good.”

Jerry was shocked twice. His heart rhythm was restored and he was transported by ambulance to Memorial Hermann. He was released from the hospital on his 47th birthday. He has returned to running and will participate in the Houston Half Marathon in January 2020.