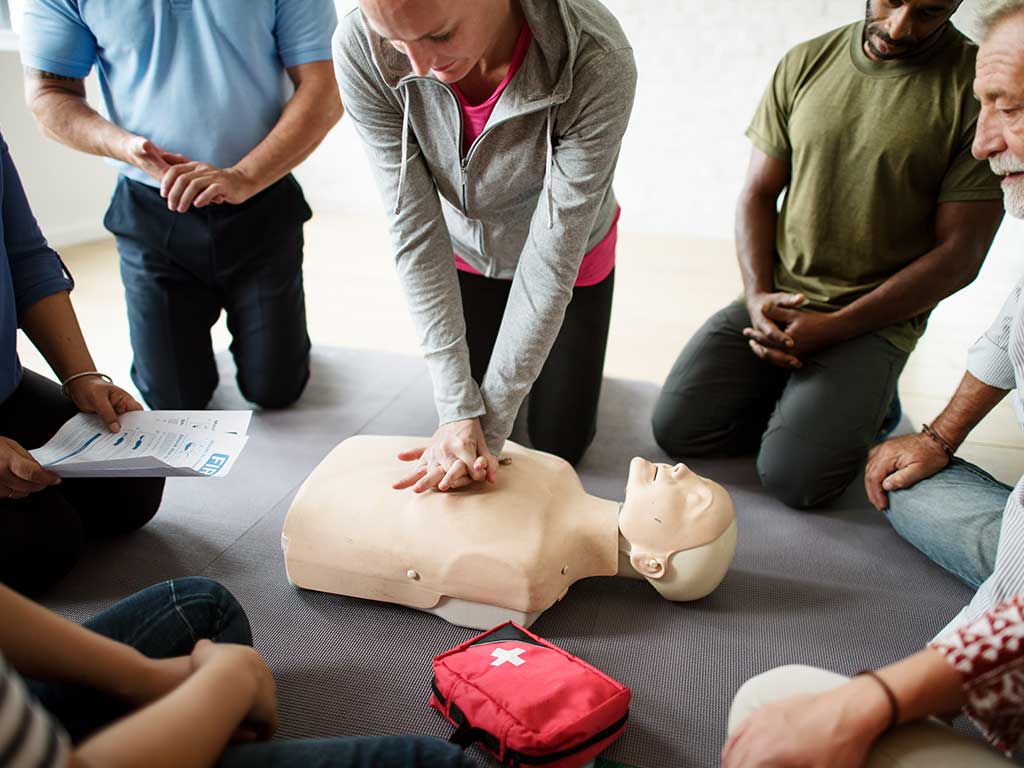 Soon after early recognition, bystanders have a unique opportunity to provide two critical and connected interventions that provide the greatest chance for a person to survive an out-of-hospital cardiac arrest (OHCA): early cardiopulmonary resuscitation (CPR) and defibrillation through an automatic external defibrillator (AED).

Oftentimes, even when early OHCA recognition has successfully occurred, barriers remain to early bystander intervention. One such barrier relates to bystander concern that performing chest compressions will hurt the victim. With a basic understanding of what happens to a person during a cardiac arrest and how CPR and AED interventions work together, bystanders can more confidently respond to a cardiac arrest emergency.

During these emergencies, the quivering heart begins to fibrillate, no longer contracts normally, ceases to circulate blood, and leads to a person’s collapse, loss of consciousness, often with seizure-like symptoms, and death within minutes if prompt medical care is not provided. Although the quivering heart has lost the normal rhythm that accompanies proper circulation, the heart that does fibrillate is also a heart that has a “shockable” rhythm, which timely defibrillation is more likely to convert to a normal rhythm, rendering such person more likely to survive a cardiac arrest than someone without such a rhythm.

Chest compressions, in addition to temporarily assuming the heart’s role of blood circulation, also extends the time in which heart remains in a “shockable” rhythm. The sooner chest compressions begin, the more likely will a person have a “shockable” rhythm when an AED is used, the greater the chance a fibrillating heart rhythm will become normal, and the better the survival prospects.

When cardiac arrest is secondary to a respiratory issue such as choking, drowning, smoke inhalation, or another event involving deprivation of oxygen, or when this emergency occurs in children, only then are rescue breaths indicated. By and large, especially given the frequency of OHCA unrelated to respiratory issues among adults, chest compression alone will allow bystanders to provide the indicated preliminary companion intervention to timely defibrillation.

Take a Course: Save a Life

Share your email and stay up-to-date on TX-CARES news, local events and more.